Press release and images for CloneErase

ClonErase works fully automatically: No need for any marking of clone areas or selecting a split layout! The app combines several consecutive shots with the same camera perspective to a new picture - either with people cloned multiple times on the same photo in various poses or without any objects or people hanging out on the background.

Developed with ease of use in mind ClonErase is an extremely user-friendly tool, features a simple Tutorial that explains step by step how to get the desired transformation result. Users have to shoot up to 8 pictures of the same scene with people or objects moving around. After that the app automatically detects all changes in the images and users are free to choose whether to clone or erase people or objects on the photo. You can easily erase people on the background or clone them in different positions. Before sharing your clone photos to your friends, you can add an artistic touch with one of the 11 unique effect filters.

Get on the next photo editing level with self-timer option and clone yourself on the go!

ClonErase is available for download on the Apple App Store for $1.99 in the Photo & Video category. 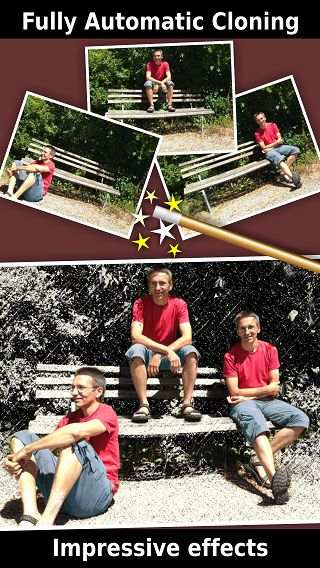 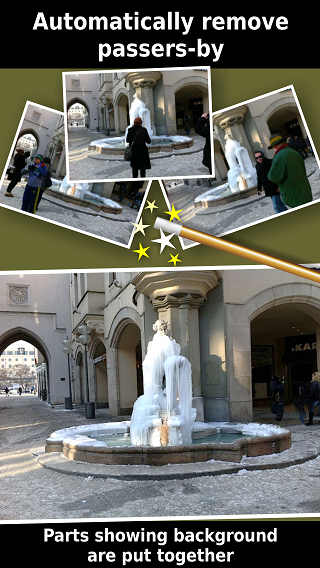 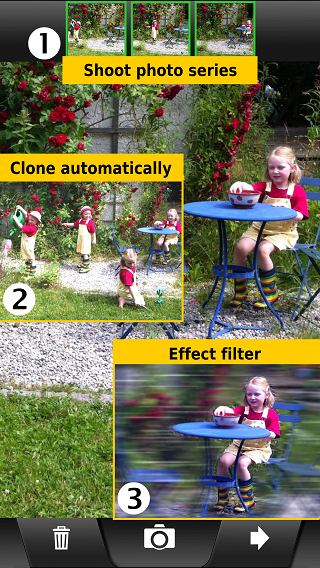 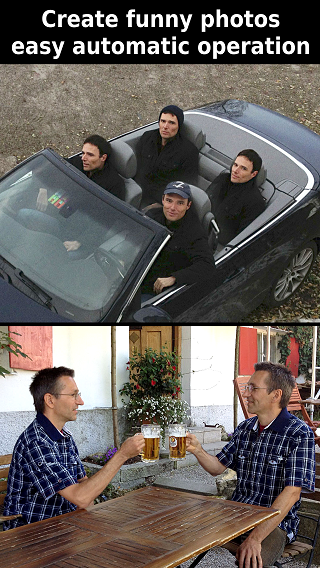 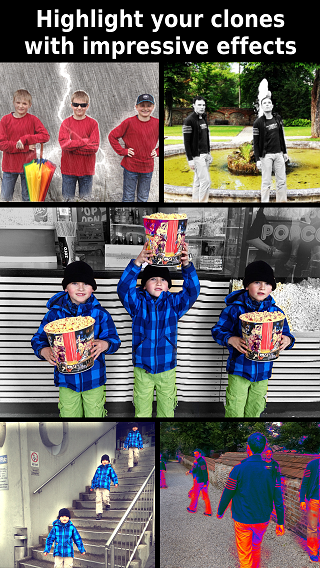 (C) ZEDOnet GmbH 2019. All Rights Reserved. Apple, the Apple logo, iPhone, iPod and iPad are registered trademarks of Apple Inc. in the U.S. and/or other countries.